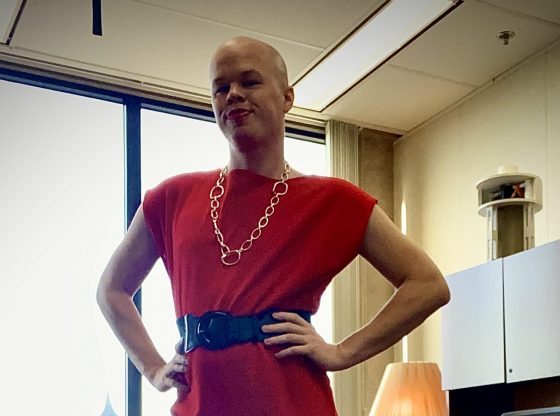 IN THE ‘YOU CAN’T MAKE THIS STUFF UP’ CATEGORY – Sam Brinton, the flamboyant, cross-dressing LGBTQ activist, now Joe Biden’s new deputy assistant secretary for Spent Fuel and Waste Disposition in the Office of Nuclear Energy in the Department of Energy, once publicly defended a now-defunct website that ran an illegal prostitution ring that pimped young boys to older clients.

Brinton, who recently tweeted a photo of himself with a shaved head and lipstick, wearing a woman’s red one-piece pantsuit and red, white, and blue high heels, announcing his joining the Energy Department, bashed the Homeland Security agents who busted the RENTBOY.com website in a raid back in 2015.

It’s official. As of June 19th, I now serve my nation as the Deputy Assistant Secretary for Spent Fuel and Waste Disposition in the Office of Nuclear Energy in the Department of Energy. pic.twitter.com/zLq3Bf97X2

‘Rent boy’ refers to young boys who are paired up with older men for sexual services.

In an op-ed published by The Advocate in September 2015 and found just this week by the National Pulse, drag queen Brinton argued that federal agents, not the pimps at Rentboy, had thrown the lives of these young boys “into turmoil.”

“…the dissolution of Rentboy is more dangerous than the website ever was,” Brinton wrote.

The raid on its headquarters has thrown many gay, bisexual, and transgender young adults into turmoil as their main source of income has been ripped away due to irresponsible and archaic views of sex work.

Brinton also argued that taking these young boys away from Rentboy and returning them to their families would endanger them, writing that:

The rent boys weren’t harming anyone. But now these young men might have to return to communities and homes which have rejected who they are. And that’s when the real danger begins.

As previously reported, Brinton denies being a Biden appointee: “To clarify, I am not a Biden appointee (despite what was reported) and instead serve as a career employee in the Senior Executive Service….”

He has been an outspoken LGBTQ activist within the federal government. He has also reportedly lectured about “kink” on college campuses and is a member of the Washington, D.C., drag club called the “Sisters of Perpetual Indulgence.”

So, now a man who affects nuclear policy at the U.S. Department of Energy is a cross-dressing fetishist who once excoriated the federal government for raiding a website that trafficked young, vulnerable boys as escorts.