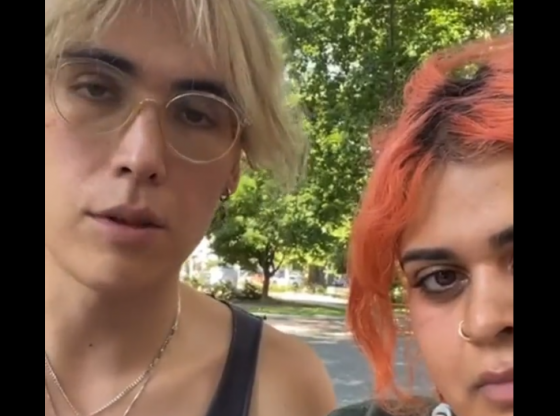 Poetic Justice – Relatively underreported is the growing infighting among the radical left. Reminding me of the deadly battles between Mensheviks and Bolsheviks in the early days of the Russian revolution, the new left seems willing to eat their own in their quest to be the most woke.

“Mina’s World,” a left-wing coffee shop in Philadelphia celebrated as a “safe space” for members of the LGBTQ community, was shut down by its woke employees because the owners weren’t radical enough.

The café, which opened two years ago, was owned by Kate Egghart and Sonam Parikh, two queer activists who started Mina’s in an effort to create an inclusive coffee shop but was ruined by the woke mob it tried to cater to.

The wacky woke workers accused the owners of wage theft and anti-black “gentrification.”

On July 1, the owners announced that the shop would close after weeks of controversy, even after the far-left co-owners of the shop admitted their “complicity” in anti-black gentrification and said that they were looking for ways to “redistribute” the store to the employees.

UPDATE: They deleted the hostage style video from Instagram which I embedded in the article. I always keep backups 🙂 pic.twitter.com/3H2DHGPHrt

“Mina’s World is closed,” the post declared. “We don’t have enough money to continue operating.”

Earlier, the woke workers of the queer-owned shop had posted their grievances on social media:

Workers at Mina’s World have long been in a labor rights struggle with owners Kate and Sonam for well over a year. We are facing systemic employer opposition, manipulation, abuse of power, exploitation, anti-blackness, ableism, hostility and complete disregard for our livelihoods.

Anti-blackness in a multitude of forms and occasions

Ableism in the form of inaccessibility

Exploitation of labor and denial of promised wage increases

Tokenization as way to appear safe by association

The building is now being sold for $425,000. Let’s see what the former owners and the woke workers do next. But it is always lovely to watch these radicals destroy themselves by out-woke-ing each other. ADN