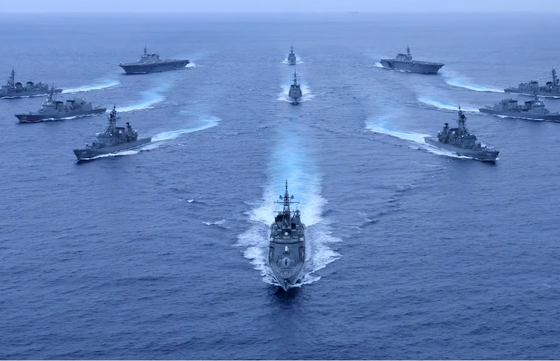 While many defense analysts are rightfully concerned over a potential Chinese military strike against Taiwan elsewhere in the South China Sea, Communist China has been using a slower, more deliberate approach to its regional maritime expansion.

Unchallenged, over the past several years, China built up artificial islands in the contested Spratly Islands and then fortified them, turning them into People’s Liberation Army (PLA) bases. This is despite the islands being partly claimed by the Philippines, Vietnam, and Taiwan.

In doing so, China created what the former head of the US Pacific Command in 2018 called a “Great Wall of SAMs,” — surface-to-air missiles — on islands that years earlier Chinese leader Xi Jinping had pledged not to militarize.

And now, we are witnessing the same strategy by the Chinese Communists (CHICOM) in the uninhabited Senkaku Islands in the East China Sea, administered by Japan but claimed by China, where they are known as the Diaoyus.

In the CNN newsletter “Meanwhile in China,” Brad Lendon calls the CHICOM approach “peeling back the onion.”

And the ultimate goal is to take over the islands without firing a shot.

Lendon notes this begins with the Chinese Coast Guard and even naval ships spending record amounts of time in the waters around the Senkakus this year. He adds:

Earlier this week, a People’s Liberation Army Navy (PLAN) frigate entered the waters in the contiguous zone around the Senkakus for only the fourth time since 2016, Japanese officials said.

A contiguous zone covers waters between islands that do not fall into the 12-nautical-mile limit of a nation’s territorial waters. Foreign warships are allowed into those waters — so the Chinese navy hasn’t broken any international agreements — and China’s Foreign Ministry told CNN earlier this year that the Chinese Coast Guard’s patrols in the waters surrounding the islands were “an appropriate exercise of China’s sovereign right.”

However, according to Lendon, James Brown, an associate professor of political science at Temple University in Tokyo, argues that “Beijing’s goal is to establish and demonstrate effective control over the Senkaku Islands,” and it needs symbols of that control.

Brown explains that to present an international legal claim to the islands over Japan, “China simply needs to establish a greater and more enduring presence of its ships in the waters around the islands.”

Meanwhile, Japanese Coast Guard patrol vessels continue to deliver warnings to the Chinese ships to leave. And Tokyo has said it has protested the Chinese presence near the Senkakus through diplomatic channels.

But, Brown notes, Tokyo’s protests are just words. And if Beijing ignores them and keeps peeling the onion, Tokyo is only left with options it doesn’t have the stomach for, such as using force.

And while the US-Japan Security Treaty requires Washington to defend Japanese territory against China, that may not apply if Japan no longer exercises de facto control of the islands.

Lendon concludes that “at that point, the onion will not only be peeled, but it will also be chopped.” ADN