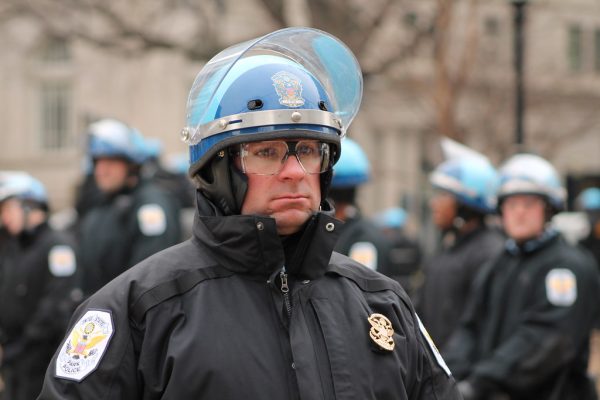 A new state law makes filming law enforcement officers within eight feet a misdemeanor. Supporters say it will help keep officers and the public safe, but critics call it a violation of constitutional rights.

Signed by Republican Governor Doug Ducey, the law prohibits bystanders from recording police while standing within eight feet of them if they’ve been given a verbal warning to back off, according to the Wall Street Journal.

The bill was sponsored by state Representative John Kavanaugh, who formerly worked as a police officer for two decades.

He said the eight foot buffer was meant to prevent conflict between officers and onlookers in heightened situations.

“I recognize the constitutional right of people to videotape police officers performing their duties,” he wrote. “However, the United States Supreme Court has also ruled that this right is subject to reasonable time, place and manner limitations.”

The law does have limitations. If the police are conducting activity indoors or on private property, the eight foot buffer does not apply. The subject of the police contact is also exempt from the buffer.

David Loy, legal director for the First Amendment Coalition, expects the law to be challenged in court due to what he calls vagueness.

The National Press Photographers Association is also opposed. They asked Ducey to veto it in a letter signed by 23 organizations, including the Associated Press and several other media organizations.