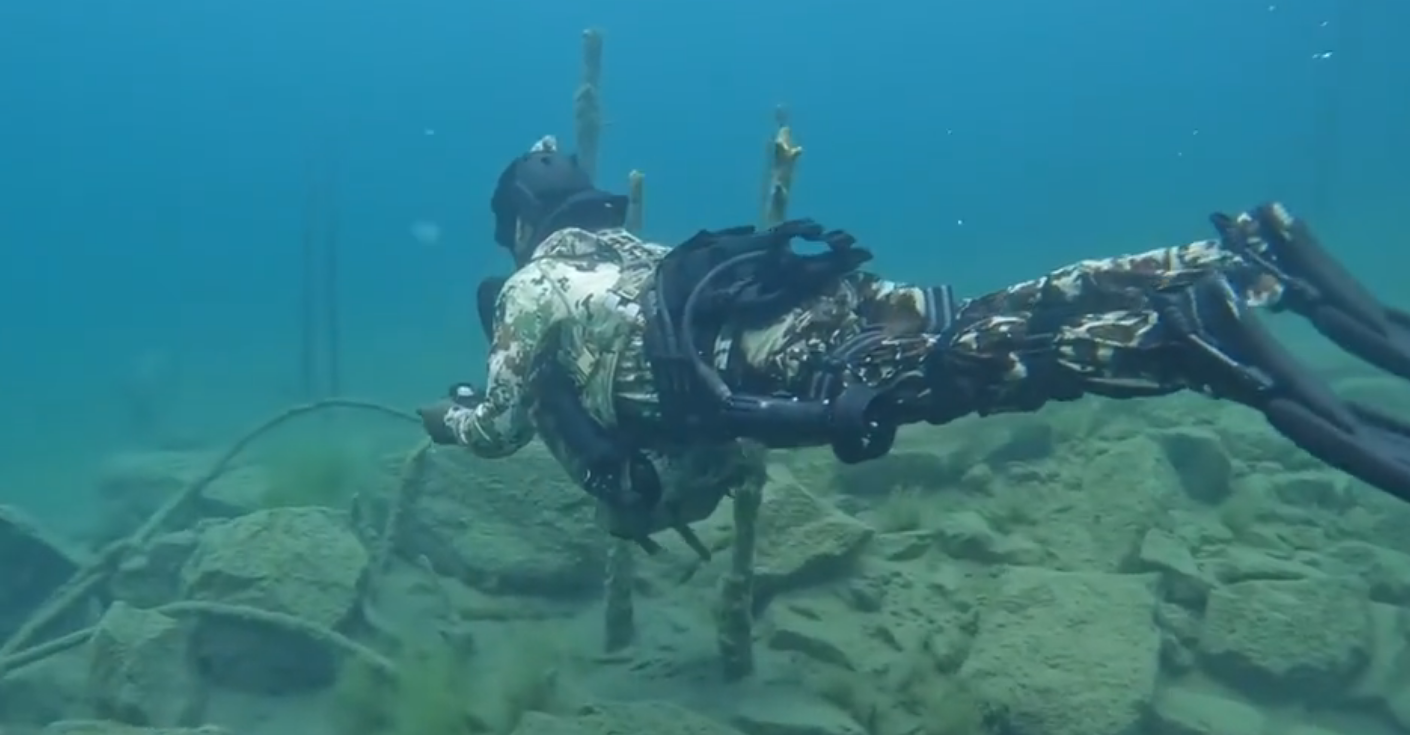 The technology has been around for a few years, but the Pentagon just signed a $10 million contract to give our troops an undefined number of the latest versions through 2027.

The lightweight gear, known as a Jet Boots Diver Propulsion System (DPS), doesn’t really consist of boots but more like thigh-strapped propellers or thrusters. And they are intended to replace the underwater scooters or Diver Propulsion Vehicles (DPVs) currently used by many divers.

While useful, these DPVs are bulky and require divers to hold on to them with both hands limiting their abilities. The new jet boots are sleek, lightweight and provide divers full mobility and use of their hands.

Business Insider notes that: “Special operators using jet boots during visit, board, search, and seizure missions [VBSS] or maritime counterterrorism operations could get on target faster and be more rested once they arrive.

They can also parachute into the water while wearing them.

The company that makes them Patriot3, Inc. describes them like this:

With a depth rating of 300ft and the capability of hot-swapping batteries sub-surface to extend run times between 3-16 hours (speed depending)…Patriot3’s #JETBOOTS DPS allows combat swimmers to perform a wide range of operations, to include recon, patrol, search & rescue, etc.

With a depth rating of 300ft and the capability of hot-swapping batteries sub-surface to extend run times between 3-16 hours (speed depending)…Patriot3’s #JETBOOTS DPS allows combat swimmers to perform a wide range of operations, to include recon, patrol, search & rescue, etc. pic.twitter.com/rTlN1SW7od

Versions currently being used move a diver at speeds up to 4 knots while allowing them to be “completely relaxed” and conserve energy.

But, as noted above it’s not just the speed.

Black added: “Combat divers are known to and expected to be able to dive for very long periods of time and to swim for hours on end. Depending on the current of the water and the pace of the dive, this could leave the diver exhausted by the time he reaches the beach. Then the diver is expected to conduct a mission.

They come with a hefty price tag, but you get amazing results. You have guys doing 5-[kilometer swims] and using barely any oxygen and more importantly being completely rested and ready to go upon hitting the beach. ADN