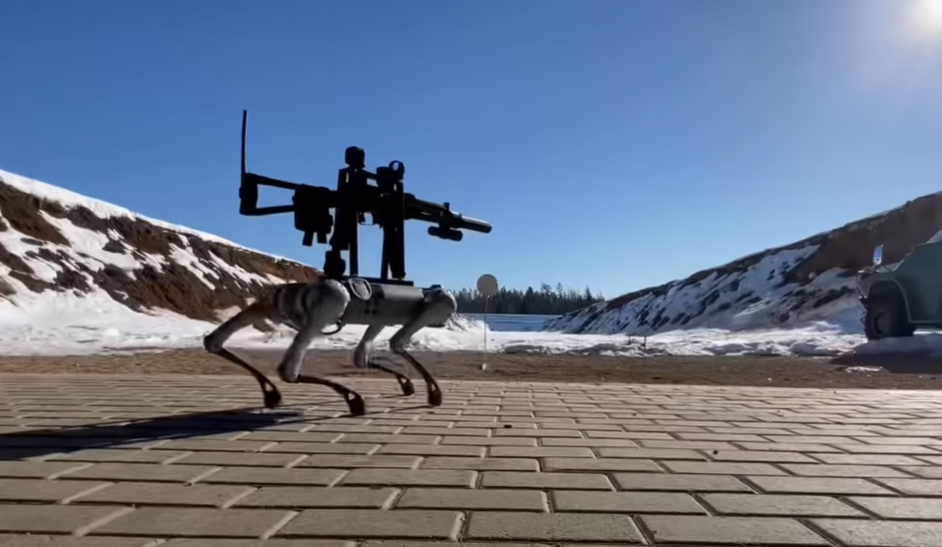 A video depicting a ‘robot dog’ zipping around and firing a fully-automatic submachine gun attached to its back has begun circulating on social media.

The video was originally posted to YouTube in March by Alexander Atamanov, an inventor and tech entrepreneur. In the video, we see Atamanov’s ‘dog’ prowling the edge of a firing range with standup targets. This “training ground,” as Atamanov describes it on Facebook, features some sort of exterior building with a BRDM-2A / BDRM-2M armored vehicle seen to the right side of the range.

Born in Russia, Atamanov began his career in the aerospace industry before launching a personal aviation technology business, HOVERSURF, in 2014. While Atamanov has resided in the United States – HOVERSURF is based in San Jose, California – we do not know exactly where the video, which readers can watch in full below, was filmed.

The ‘dog’ itself does not appear to have been designed by Atamanov. The example seen in the video, or models akin to it, can be purchased online for a few thousand dollars. UnitreeYusu’s “technology dog,” which looks extremely similar to the one seen in the video, currently costs around $3,000, for example. In a picture of the ‘dog’ released on Facebook by Atamanov, we see a patch attached to its side similar to those used by certain Russian special operations forces units, also referred to commonly by the Russian term “spetsnaz.”

Read more at The Drive