A SpaceX Falcon 9 rocket carried an additional 52 Starlink satellites to low Earth orbit on Tuesday night, raising the total number of Starlinks launched by the company to a whopping 3,009.

The rocket lifted off from pad 39A at the Kennedy Space Center in Florida at 10:14 p.m. ET. Following separation, the Falcon 9’s first stage performed a successfully vertical landing on the A Shortfall of Gravitas droneship based in the Atlantic Ocean, while the second stage deployed the satellites into orbit.

Falcon 9 is the hardest working rocket in the game, with the latest launch marking the 35th Falcon 9 mission in the current year alone. The majority of these missions have been to deploy more Starlink satellites to orbit, as SpaceX continues to build out its satellite megaconstellation. Together, the impressively large fleet of interconnected satellites provide internet connectivity across the world. SpaceX’s Elon Musk is hoping to launch a whopping total of 42,000 satellites to Earth orbit, providing connectivity to users across land, air, and sea. So far, the Federal Communications Commission has approved 12,000 Starlinks for launch, with the remaining 30,000 pending approval.

A total of 2,957 Starlink satellites had entered space prior to yesterday’s launch, of which 2,698 satellites are currently in orbit and 2,662 are currently operational, according to stats collected by astrophysicist Jonathan McDowell.

Inside The New IRS Expansion, Nothing but Bad News I’m Afraid
Ukrainian Small Arms in the War With Russia

China Says it Made a… 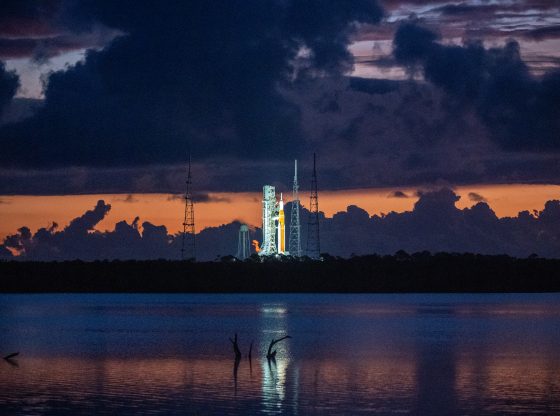