Inside The New IRS Expansion, Nothing but Bad News I’m Afraid

Inside The New IRS Expansion, Nothing but Bad News I’m Afraid

When I was a kid, I played with many trading cards. Pokemon, Yugioh, you know the deal. Growing up, I was always excited for that next expansion, the new set of cards to be released. Now that I am older, I still look fondly at the store shelves seeing those new expansions for the next generation of kids to enjoy. But, sadly, I don’t know the expansion of government that way, especially not the IRS.

In conjunction with the Biden administration, Congress has pushed forward and passed new legislation that has expanded the IRS to an extreme degree. Interestingly this further expansion of the IRS will result in the IRS being a larger force than the Pentagon, State Department, FBI, and Border Patrol combined. With this expansion comes a slew of new positions for all those eager to go work for the man.

Of course, these listings were taken down not long after they initially went live due to immense public backlash. That said, they were still posted, showing that the IRS is moving towards enforcing the tax code more seriously. Sadly this isn’t going to be the strike against the upper class, and uber-wealthy like it is being presented by some online. Instead, this will primarily target small businesses that already operate on razor-thin margins and low-income communities struggling to get by.

When presented with the option to prevent the IRS from harassing low-income communities and the middle class with the expansion as an amendment, Democrats voted against the measure. The Biden Administration claimed in the passage of this new legislation that no one making under $400,000 per year will face recent audits, but at the end of the day, this is little more than a pinky promise.

Political promises mean jack at the end of the day. Read my lips: no new taxes. I did not have sexual relations with that woman. And so on and so on. 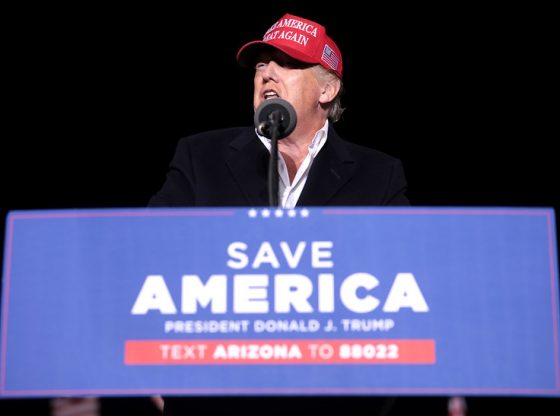 Is there any doubt as to who is destroying the country? Fundamentally changing it, you might say.

“We cannot continue to rely only on our military in order to achieve the national security objectives that we’ve set. We’ve got to have a civilian national security force that’s just as powerful, just as strong, just as well-funded as the US military” _Obama 2008