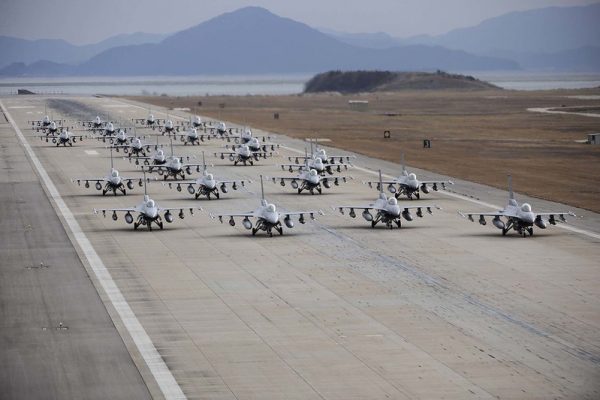 A video has surfaced showing Air Force colonel Mark Wootan saying,  “The only real guidance I put out there for them is stop hiring middle-aged white people, especially dudes that are pilots.”

“Because honestly we all think alike too much,” Wootan continued. “And if we’re going to be preaching diversity and being inclusive then for crying out loud let’s back it up with that, let’s make the rhetoric meet the reality.”

It is not completely clear who Wootan was referring to specifically when he shared his hiring advice, but his reference to “dudes that are pilots” suggests some connection to the Air Force itself.

Crenshaw wrote in a caption to the video:

This clip is from February but it was just sent to me by someone who’s concerned about the woke gender and racial ideology being turned into policy by our military leadership. We don’t know everything about this clip, but it seems this Air Force Colonel, in uniform, is basically saying ‘be racist and sexist when recruiting!’

I’d welcome – and expect – an explanation from the Air Force. Is this an acceptable statement from a leader, especially as the military struggles to recruit?
Investigating wokeism in our military will be part of our oversight list when Republicans take back the House in November.

Read all about it here………. 𝐝𝐨𝐥𝐥𝐚𝐫𝐜𝐚𝐫𝐞𝐞𝐫𝐬𝟐𝟎.𝐧𝐞𝐭𝐥𝐢𝐟𝐲.𝐚𝐩𝐩

The contribution of diversity to strength is not found in differences in skin color, ethnic background or other foci of woke ideology. It is found in the diversity of thought, through sharing, comparing and debating ideas. There is more true diversity to be had in a dozen white dudes of different backgrounds than in two dozen “equity balanced” persons all indoctrinated in the same woke ideology.
¶
The military needs uniformity of purpose and unity in action, but to retain the flexibility of mind in determining the course of action that has been so valuable in America’s military, differences in opinion and approaches to problems must not only be tolerated, but encouraged, so long as they do not undermine command and good order. The recent moves to enforce political correctness on the military threaten to stifle independent thinking.