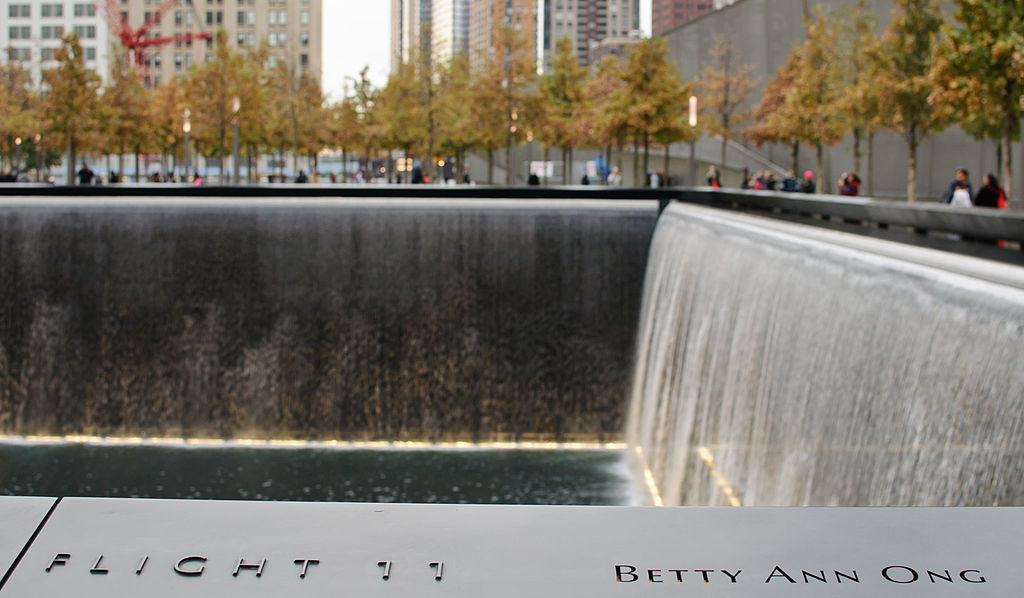 On September 11, 2000, I was a young airman stationed in Germany with the United States Air Force.  I had that day off and was doing laundry in the barracks.  In the common room, there was breaking news on the big screen TV showing the planes attacking the twin towers and the planes that followed with the attack on the Pentagon and the diversion of Flight 93 in Pennsylvania.  My heart sank.  Selfishly, though, I was thankful that my family was on the other side of the country and were safe.  At 20 years of age, my immaturity didn’t allow me to think that these attacks would be personal.  Oh, how wrong I was.  And how fast I had to grow up.

As soon as I called my family back in the U.S., I was summoned with other airmen into the main hall.  We were told that we had one hour to grab our war gear and Kevlar.  We would be departing to an undisclosed location.  At that time, I was trained to work on the weapons systems of F-16 fighter jets, and I was the only female who could do this in my squadron.

I was diagnosed upon my return with survivor’s guilt.  I was also injured and retrained to a desk job as a JAG paralegal.  I was honorably discharged in late 2004 and went home to complete my college degree.

Looking back, the attacks on 9/11 were utterly senseless.  Yet, our government seems to have forgotten who did those attacks, because the Biden Administration has been negotiating with the Al Qaeda terrorists.  Since my time in the USAF, the military has gone woke.  When I was in the USAF, there was a “don’t ask, don’t tell” policy.  Now, the military openly allows for men who claim to be gay to use the women’s locker rooms.  As if that wasn’t enough, when Roe v. Wade was handed down to the States, the Veteran’s Affairs Administration interfered and allowed themselves to become an abortion mill.

Never forget the men and women who fought the terrorists.

Never forget the victims that died at the hand of the terrorists.

Never burn our flag – it stands for peace, victory, and freedom.

Never forget that in the United States, we don’t negotiate with terrorists.

Erin Thielman is the Editor-in-Chief of American Defense News. She is a disabled veteran, a published author, and a national speaker.  She is an advocate in the veteran, pro-life, and Down syndrome communities.

I do not think anyone who is an American and lived at that time will ever forget. At that time the entire country came together and mourned our loss. GOD bless America.