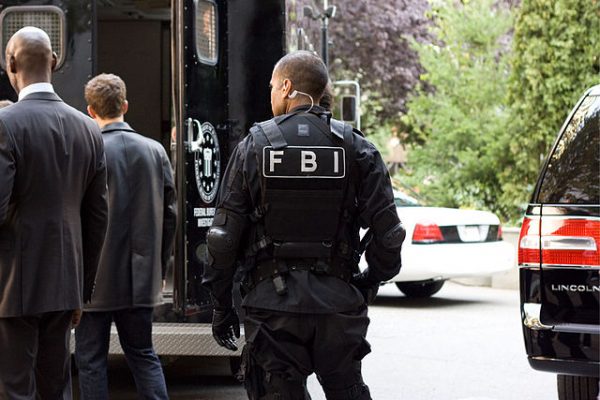 ANALYSIS – In the latest example of an FBI run amok under Joe Biden, the federal law enforcement agency launched an armed dawn raid on the home of a peaceful Catholic pro-life activist, author, and father of seven.

The FBI reportedly arrested Mark Houck, 48, of Kintnersville, Pennsylvania at his rural home early Friday morning as at least two dozen federal agents swarmed his property in Bucks County with around 15 vehicles on Sept. 23.

Houck is also co-founder and president of The King’s Men, a nonprofit group that promotes healing for victims of pornography addiction and promotes Christian virtues among men in the United States and Europe.

With no little irony, we have another incident of gratuitous terrorism from the FBI, in the SWAT raid arrest of Mark Houck. https://t.co/OIOBSgftMO

This raid was obscene overkill and just the latest target of a string of egregious Department of Justice-sponsored SWAT raids and arrests against peaceful conservatives under Team Biden.

Since the Biden administration has taken power in January 2021, Garland’s Department of Justice and the FBI have committed dozens of SWAT team raids that have been characterized as a political “weaponization” of the federal agencies against pro-lifers, Trump supporters, conservative Christians, and medical freedom advocates.

But this ‘weaponization’ has only escalated in recent weeks.

The news site added: “Soon after Joe Biden’s September 1 speech where he declared war on conservative Christians, dozens of Trump allies had their homes raided by the FBI, which Steve Bannon referred to as ‘a Gestapo tactic,’ and said it was ‘all about intimidation.’”

In stark contrast, the left-wing BLM rioters who injured over 2,000 police officers and caused over $2 billion in damages in cities across the nation in 2020, and the vandals who have attacked dozens of pro-life centers this year, have suffered little or no legal consequences.

Instead, Biden’s DOJ has saved the harshest enforcement for those they identified as having anything to do with the Capitol riot on January 6, 2021, or as we see now, pro-life Christians and conservatives in general.

So, what was the FBI’s justification for this raid?

Apparently, Houck shoved an abusive counter protester at an abortion clinic, but as LifeSiteNews reported: “The warrant charged Mark with violating the Freedom of Access to Clinic Entrances Act [FACE Act], due to a claimed ‘Attack of a Patient Escort.’”

Ryan-Marie [Houck’s wife] stated this charge comes from an incident that had already been thrown out of the District Court in Philadelphia but was somehow picked up by Merrick Garland’s Department of Justice.

On several occasions when Mark went to sidewalk counsel last year, he took his eldest son, who was only 12 at the time, she explained. For “weeks and weeks,” a “pro-abortion protester” would speak to the boy saying “crude … inappropriate and disgusting things,” such as “your dad’s a fag,” and other statements that were too vulgar for her to convey.

… “he kept doing it and kind of came into [the son’s] personal space” obscenely ridiculing his  father. At this point, “Mark shoved him away from his child, and the guy fell back.”

“He didn’t have any injuries or anything, but he tried to sue Mark,” and the case was thrown out of court in the early summer.

The FACE Act makes it a federal crime to use force, threats, or physical obstruction to block the entrance to reproductive health clinics. If convicted, Houck could face as many as 11 years in prison and three years of supervised release, in addition to a possible maximum fine of $350,000.

The FBI has turned into Biden’s secret police force. Sending a small army of heavily armed agents to raid Mark Houck’s home should frighten EVERY American. The FBI using fear & intimidation tactics to go after conservatives needs to END!!

The FBI has turned into Biden’s secret police force. Sending a small army of heavily armed agents to raid Mark Houck’s home should frighten EVERY American. The FBI using fear & intimidation tactics to go after conservatives needs to END!!

You’ve got a Catholic father of seven who formed a group designed to encourage young men to be faithful to their commitments, arrested in front of his seven children just recently. You’ve got all these instances of overreach. It’s deeply concerning to us all. These are all things we’re gonna be looking into.

Lee: In the last few days we've seen some pretty glaring examples of what appear to be instances of overreach. You’ve got a catholic father of seven who was arrested in front of his seven children pic.twitter.com/KsaH5CYIk9

Meanwhile, after the FBI’s unprecedented August 8 raid on Donald Trump’s Mar-A-Lago home, Florida Gov. Ron DeSantis called it “another escalation in the weaponization of federal agencies against the Regime’s political opponents.”

And he is right.

This war by Biden’s weaponized federal law enforcement agencies against Christians and conservatives is real and must be fought with every legal means at our disposal.

This latest assault against a God-fearing Christian shows we are all in danger in Biden’s America.