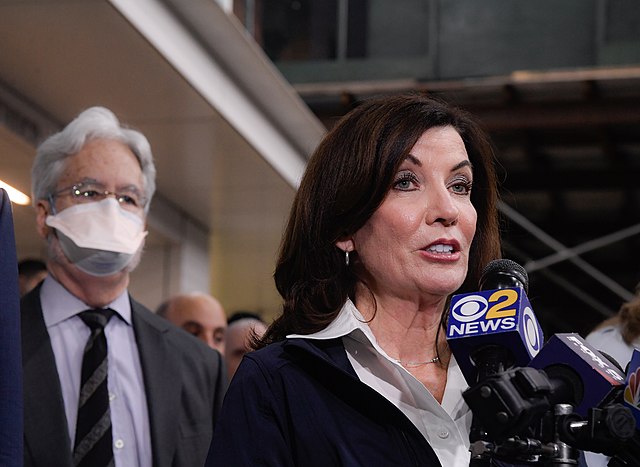 New York’s recently passed anti-gun laws under Democrat Gov. Kathy Hochul are causing confusion in the state. One community was even forced to axe its historical war reenactment. This move is demonstrating the grave impacts the Governor’s new laws have on New Yorkers. According to American Military News:

“It would be illegal, according to the letter of the governor’s law,” Scherrer told the Utica newspaper.

“These laws allow historical re-enactments to occur, and there should be no concern otherwise,” Hochul told the New York Post in a statement. “We will work with legislators and local law enforcement to ensure these events can proceed as they have for centuries. In the meantime, individuals who have lawfully participated in reenactments should continue to do so.”

Rochester lawyer Sheldon Boyce Jr., who specializes in Second Amendment law, told the Post that he hasn’t seen any specifications in the new law’s language for historical events, which revisit the American Revolution, Civil War and other U.S. conflicts. Real ammunition is not used in reenactments but the muskets fall under the same law, leading some reenactors to worry they could be arrested for participating.

A reenactment organizer told WRGB, “Two weeks ago, we started getting issues from units out of state and in the state who were afraid if they came and brought weapons with them — muskets — that they’d be charged with a felony.”