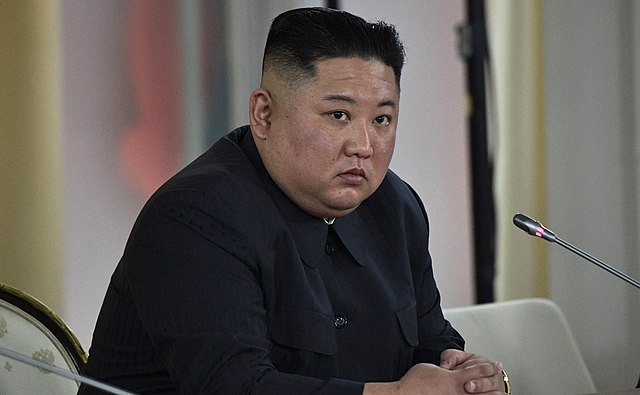 It was the third round of missile launches by North Korea this week, extending a record pace in weapons testing as it accelerates a push to expand its arsenal and pressure Washington to accept it as a nuclear power.

South Korea’s Joint Chiefs of Staff said the missiles were fired nine minutes apart from an area just north of the capital, Pyongyang, and flew toward waters between the Korean Peninsula and Japan.

Japan’s military said it also detected the launches. North Korea fired two short-range ballistic missiles on Wednesday, while Harris was in Japan, and one before she left Washington on Sunday.

At the DMZ, Harris went to the top of a ridge, near guard towers and security cameras. She looked through bulky binoculars as a South Korean officer pointed out military installations on the southern side. Then an American officer pointed out some of the defenses along the military demarcation line, including barbed-wire fences and claymore mines. He said American soldiers regularly walk patrols along a path.

“It’s so close,” Harris said while at the DMZ, joking about a megaphone used to conduct relations, “That’s high tech.”