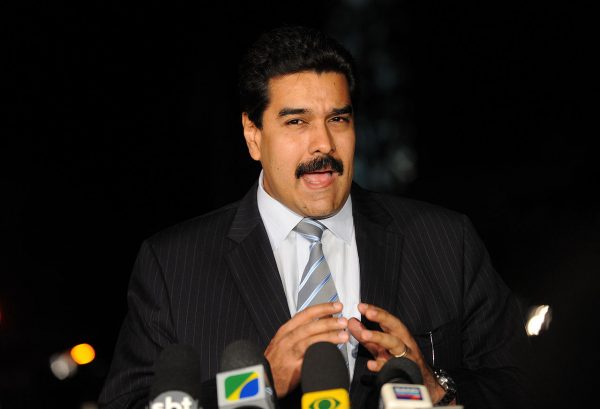 Both Flores men are nephews of Maduro’s wife. Each criminal was sentenced to 18 years in prison in 2017 for conspiracy to import cocaine into the United States.

The Biden administration has prioritized efforts to bring home Americans who have been wrongly detained, the official said Saturday, adding that Biden spoke to the families of the Americans released.

Among those returning to the U.S. are Jose Pereira, a former CEO of Citgo Petroleum Corp, a Houston-based subsidiary of Venezuela’s state oil company, according to a White House statement. Also released by Venezuela were former Citgo personnel Jorge Toledo, Tomeu Vadell, Jose Luis Zambrano and Alirio Zambrano, whose lengthy prison sentences were upheld by a Venezuelan court in February.

In exchange, the U.S. released two Venezuelans who had been “unjustly” imprisoned, President Nicolas Maduro’s government said in a statement. It did not identify them.

Maduro released the group of Americans for humanitarian reasons, adding that the prisoner swap was the result of negotiations that began in March when Biden officials visited Caracas.

“To all the families who are still suffering and separated from their loved ones who are wrongfully detained – know that we remain dedicated to securing their release,” Biden wrote in the statement.

Read all about it here———->>> 𝐝𝐨𝐥𝐥𝐚𝐫𝐜𝐚𝐫𝐞𝐞𝐫𝐬𝟐𝟎.𝐧𝐞𝐭𝐥𝐢𝐟𝐲.𝐚𝐩𝐩