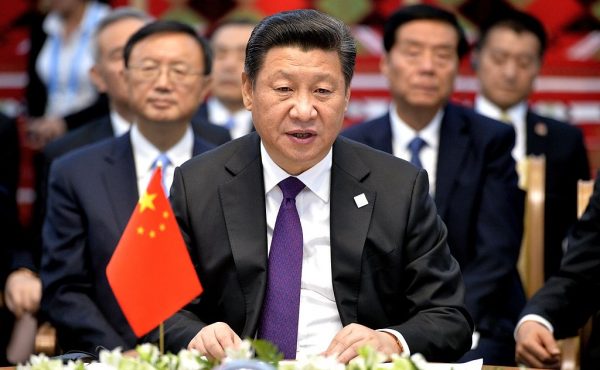 Communist China has now gone on the attack against a Republican U.S. senator after he filed a bill to sanction the dictatorship. The bill, sponsored by Sen. Josh Hawley (R-MO), proposes explicitly sanctioning Chinese President Xi Jinping, as well as his top Chinese Communist Party (CCP) lieutenants. The sanctions are due to the genocide of the Uyghurs in China, who have been brutally treated.

In sponsoring the bill, Hawley said, “While Joe Biden is distracted, Xi Jinping is rapidly consolidating power within the Chinese Communist Party, power he intends to use to compel the world to turn a blind eye to the crimes of his regime. But we must not look away. We must hold Xi and his lieutenants accountable for their crimes against humanity and we can start by imposing real costs for their complicity in the atrocities in Xinjiang.”

“I am reaching out to express China’s strong indignation and serious concerns regarding Senator Hawley’s new bill “Sanction Xi Jinping for Xinjiang Atrocities Act. Filled with ideology bias, this bill not only grossly interferes in China’s internal affairs, but also points fingers at China’s top leadership during the 20th CPC National Congress. Senator Hawley’s action in disregard of global backlash is arrogant and despicable,” the letter states.

“Senator Hawley is trying to smear the 20th CPC National Congress and the leadership of the CPC, to divide the relationship between the CPC and the Chinese people, and even dare to claim to ‘sanction’ China’s top leadership,” Counselor Li Xiang wrote.

“The Chinese side urges Senator Hawley to abandon the Cold-War zero-sum mentality and ideological prejudice against China, look at CPC and Chinese government’s Xinjiang policy correctly, stop the advancement of this bill, stop any attack and smear against CPC and Chinese leadership, stop any action to undermine China’s sovereignty and security, and stop moving even further down the wrong and dangerous path,” Li wrote.

The letter also claimed there are no such human rights abuses in China, despite mountains of evidence on the contrary, as well as accounts from those who have successfully fled the brutal country. According to a United Nations report, it found “serious human rights violations” by China against the Muslim Uyghurs.