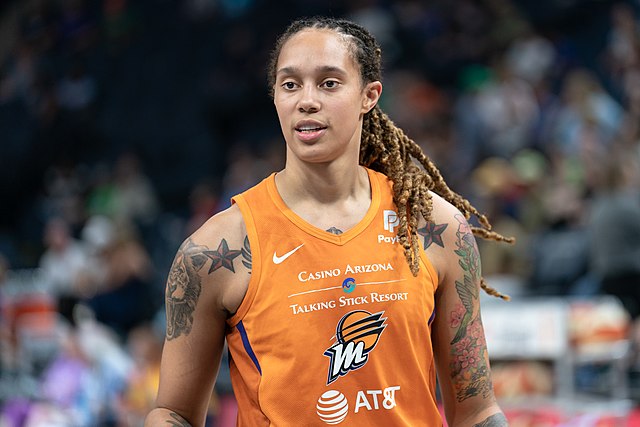 After being convicted of drug possession and being sentenced to nine years behind bars in a Russian prison, WNBA player Brittney Griner has reportedly met with officials from Joe Biden’s U.S. Embassy in Moscow. According to the White House, “she is doing as well as can be expected under the circumstances,” said Biden press secretary Karine Jean-Pierre. The detainment of Griner back in February has remained in the headlines. This comes as Russia is battling U.S. ally Ukraine as it seeks to take back land in the wartorn country.

Griner, a star in the WNBA and an Olympic gold medalist, was detained in February for bringing vape cartridges with hashish oil into Russia. Griner pleaded guilty in August, but she has insisted she did not intend to break the law.

She was later sentenced to nine years in prison, and a Russian court has since rejected an appeal. Griner’s legal team has said they are exploring the possibility of additional appeals in her case.

Ned Price, a spokesperson for the State Department, tweeted the embassy officials who met with Griner “saw firsthand her tenacity and perseverance despite her present circumstances.”

“We continue to press for the immediate release of Brittney Griner and Paul Whelan and fair treatment for every detained American,” Price tweeted.

Jean-Pierre did disclose that the Biden administration had made a “significant” offer to the Russians for the release of Griner and Whelan, who has been in Russian custody since 2018 on spying charges. Whelan denies such charges.