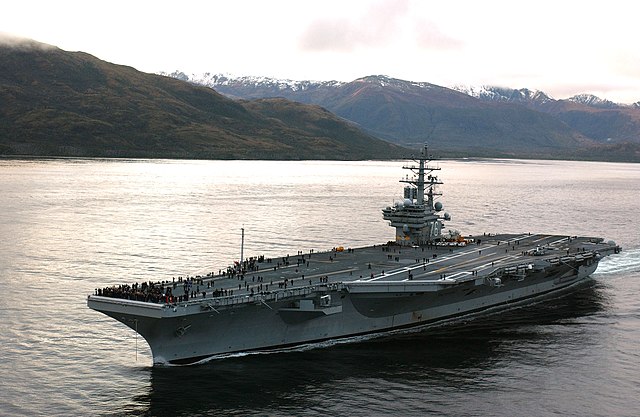 The United States Navy is seeking to decommission 39 ships over the next year despite China beefing up its fleet, which is already the world’s largest. The first ships were set to be decommissioned on October 31, 2022. According to reports, those ships that will be decommissioned are part of the “Ship Battle Forces,” which the Navy uses to gauge its fortitude against foreign powers.

The cuts would bring the Ship Battle Forces down from 292 ships, where it stands today, to 269.

The Navy is also set to commission new ships in 2023, but is only expected to build about one-third the number of ships slated for decommissioning, Popular Mechanics reported.

The Navy has plans to rebuild its forces through 2045, hoping to reach a fleet of 373 manned ships and 150 unmanned surface and underwater vehicles, according to USNI News.

A recent report suggested China, with ships and submarines already numbering 355, has the resources to increase that by as much as 18 percent in the next 10 years.

Chief of Naval Operations Adm. Mike Gilday clapped back at that idea, saying, “We don’t have the capacity in the industrial base to pump out that number of ships in a short period of time.” He added, “It’s going to take a couple of decades really to deliver, to mature the fleet.”