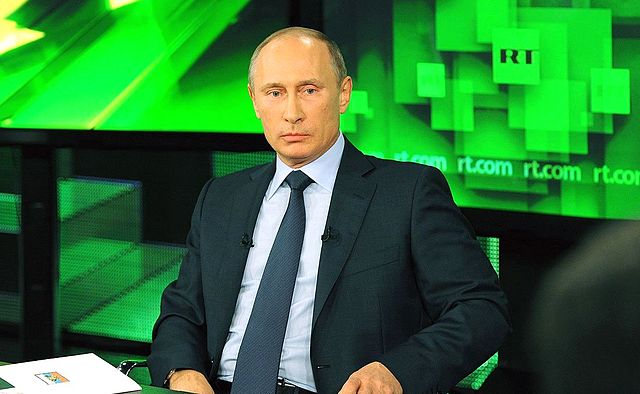 While Americans are focused on the mid-term elections, there are still some major events going on overseas that the American media, not surprisingly, has been very silent.

First, the Russians appear to be retreating from the Ukrainian city of Kherson, making a full retrograde to the east bank of the Dnipro River in order to free up forces for use elsewhere in the country.  The Ukrainians are wisely wary of this action, and are monitoring the situation to see if the Russians are just feigning a withdrawal. But if this is true, it is a huge blow to Putin’s war plans, no matter how much the Russians try to spin their failed attempt to control this critical city.

The Ukrainian military continues to be on the offensive, but it remains to be seen how much more effort they can maintain before winter sets in. And of course, there is the question of how long the U.S. and its NATO allies will continue to provide the material and training support the Ukrainian military needs. As both sides settle in for winter, the question becomes, what can the West do to end this war before Putin gets really nervous and unleashes the nuclear genie from the bottle?

Second, Russian military aggression has created the biggest change to European security since the end of communism.  Early this year, Finland and Sweden applied to join NATO, ending decades of professed neutrality in the face of a resurgent and unpredictable Russia. Putin, as expected, howled about this since it may significantly change the balance of power in both the Baltic and Arctic regions, two regions of major strategic importance to Russia. The accession of these countries into NATO proceeds in spite of Putin’s protests marks a major realignment in eastern Europe and offers some significant additional military power to NATO’s eastern flank. Whether Europe as a whole will step up and become more energy independent and provide for their own security remains to be seen, but on Russia’s borders, there are signs of a growing need to be prepared to stand up to the Russian bear.

The more significant events are happening in Iran.  The country has experienced its most significant human rights protests since 2009 over the death of a young woman held in custody by Iranian morality police for weeks now, yet it has received little coverage and almost no comment by the Biden Administration.  Young people are taking to the streets in droves in the most significant challenge to the ruling mullahs, seemingly casting aside their fear of the regime’s thug enforcers and secret police. But the mullahs will not let go of power easily and there will likely be continuing repression by mass arrests and even shootings.

Now that it appears that the Georgia Senate race is headed to an early December run-off, no doubt the shiny object American media will remain focused on the balance of power in Congress. But the foreign policy challenges America faces remain, and it appears the Biden Administration is still scattered and incoherent in how it plans to deal with these issues.

Mr. Putin has only himself to blame for the expansion of NATO. Prior to his actions in Belarus, Moldova and most of all, Ukraine, plus Putin’s threats against other nations in the region, the western Baltic nations had little interest in NATO membership.

One of the worst things Mr. Biden can do to Iran and the international order is to ease sanctions on a regime increasingly seen as illegitimate by its own people, or give them anything towards nuclear proliferation. The Obama administration’s mistakes in this regard should not be repeated.