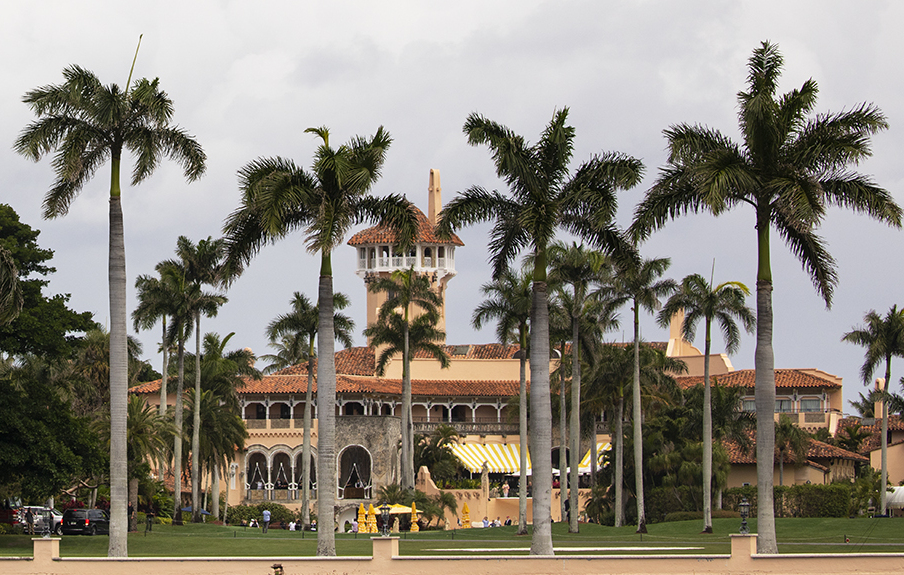 Marine One lifts-off after returning President Donald J. Trump to Mar-a-Lago Friday, March 29, 2019, following his visit to the 143-mile Herbert Hoover Dike near Canal Point, Fla., that surrounds Lake Okeechobee. The visit was part of an infrastructure inspection of the dike, which is part of the Kissimmee-Okeechobee Everglades system, and reduces impacts of flooding for areas of south Florida. (Official White House Photo by Joyce N. Boghosian). Via Wikimedia Commons.
Tweet
Share
Email

According to a report from Fox News, Joe Biden’s Attorney General Merrick Garland named a special counsel to “investigate the entirety of the criminal probe into the unlawful retention of national defense information at [45th] President Donald Trump’s Mar-a-Lago resort,” according to a Fox News report:

News of the planned appointment of the special counsel, which was reported by The Wall Street Journal, came three days after Trump announced plans to run for president in 2024. The Republican faces multiple criminal investigations.

NBC News reported that the special counsel, whose name has not been announced, will make decisions for two Department of Justice investigations of Trump.

One is focused on whether Trump broke the law and obstructed justice in connection with his removal of hundreds of documents from the White House, which were shipped to his residence at Mar-a-Lago club in Palm Beach, Florida. The other probe is related to the Jan. 6 Capitol riot by a mob of Trump supporters.

Garland is scheduled to make a public statement at 2:15 p.m. ET Friday.

This is a developing story and will updated when more information is available.