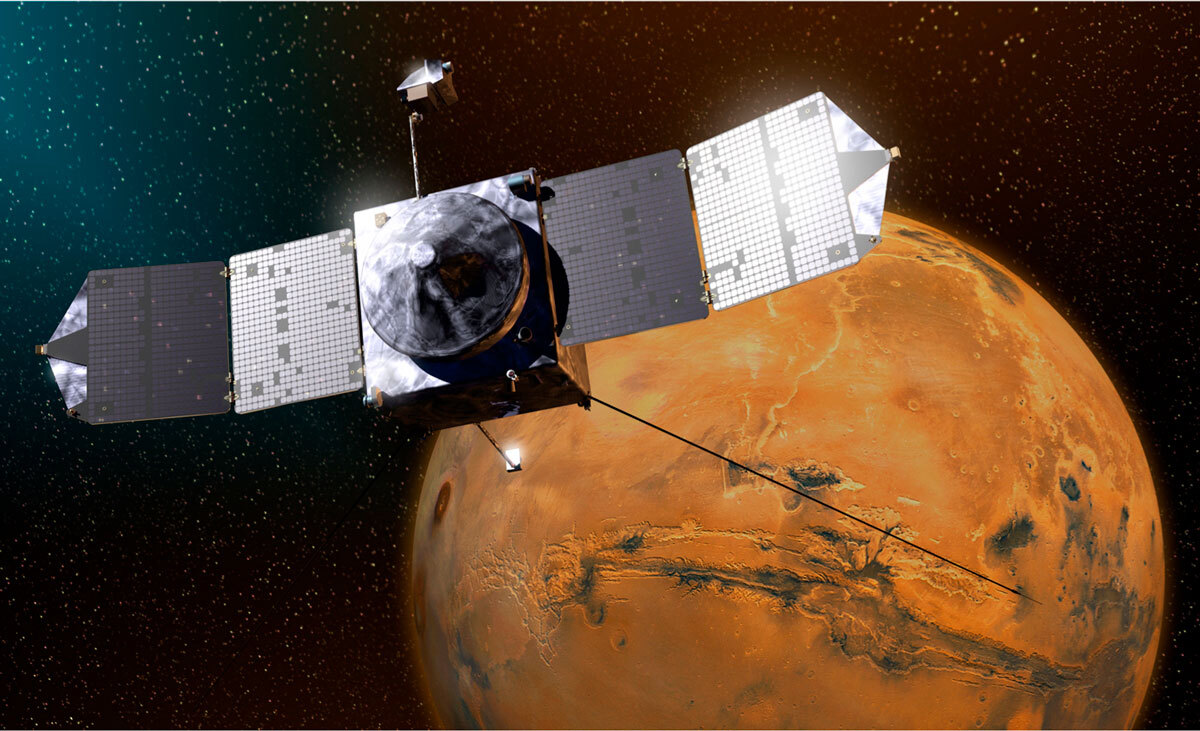 The solar system has remained an intriguing study to humans since the beginning of time when our ancestors were studying the stars for seasons, navigation, etc. Afterall, this is partly why NASA exists. Humans have a sense of curiosity that can propel them to study thousands of scenarios over the past thousands of centuries. Now, NASA has a small spacecraft, launched eight years ago, that is observing Martian light shows that are caused by major solar storms.

For the first time in its eight years orbiting Mars, NASA’s MAVEN mission witnessed two different types of ultraviolet aurorae simultaneously, the result of solar storms that began on Aug. 27.

MAVEN – the Mars Atmosphere and Volatile Evolution mission – is the only asset at Mars able to observe the Sun’s activity and the response of the thin Martian atmosphere at the same time. Real-time analysis and simulations of the solar eruptions from NASA’s Moon to Mars Space Weather Analysis Office also allowed the MAVEN team to correctly predict when the developing solar storm would reach the Red Planet.

Accurate space weather forecasting is critical to help protect current missions and future human explorers at the Red Planet because unlike Earth, Mars lacks a global magnetic field to shield against the damaging radiation solar storms can bring.