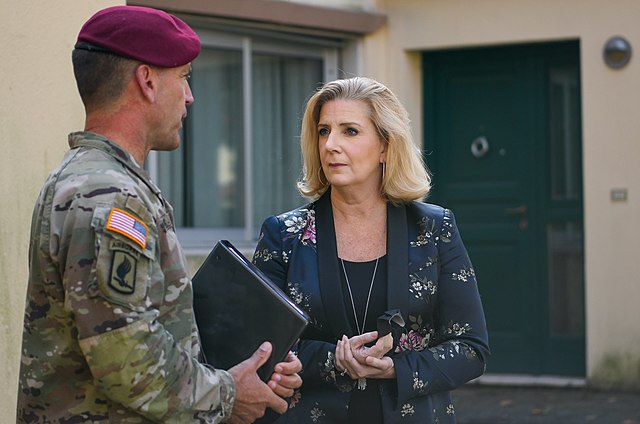 An disquieting new report out by Sen. Marco Rubio, R-Fla., and Rep. Chip Roy, R-
Texas should get far more attention than it is. This report details the absurd
levels the Biden Administration, continuing the Democratic tradition of using the
US military as their social experiment, continues to push Critical Race Theory,
gender issues, and other social justice warrior priorities over the operational and
combat readiness of our military.

The relentless focus on social engineering has harmed retention and recruiting. A
recent opinion by the Heritage Foundation states:

“The largest threat they see by far to our current military is the weakening
word of its fabric by radical progressive (or ‘woke’) policies being imposed,
not by a rising generation of slackers, but by the very leaders charged with
ensuring their readiness,” he wrote. “Wokeness in the military is being
imposed by elected and appointed leaders in the White House, Congress,
and the Pentagon who have little understanding of the purpose, character,
traditions, and requirements of the institution they are trying to change.”
Finding and retaining quality people has been the hallmark of the US military
since the introduction of the All-Volunteer Force since the end of the Vietnam
War and the system has held up pretty well, even during the dark days of the Iraq
War and the seemingly endless conflict in Afghanistan. But it remains to be seen if
the traditional base of conservative and patriotic Americans that join our military
want to be or, have their children who want to serve, exposed to this continuing
propaganda. This is clearly no longer Ronald Reagan’s military and that is
unfortunate.

In addition to the relentless racial and gender indoctrination from the sycophants
both in and out of uniform in the Pentagon, the military is also facing a dangerous
depletion of critical munitions and stores to support Ukraine. Alarm bells are
finally being rung that the extremely generous give-away by this Administration of
critical items like artillery ammunition and anti-tank missiles could affect the U.S.
Army’s ability to fight a future conflict. Even the Army’s own assistant secretary of
the Army for acquisition, logistics and technology is becoming concerned:

“Since Russia invaded Ukraine on February 24, the Defense Department has
sent $14.5 billion in military aid to the Ukrainians, drawn from US stocks
and in direct orders from contractors. The Pentagon has so far sent 8,500
Javelins, 1,600 Stingers, 16 HIMARS and about 807,000 rounds of 155mm
artillery for 126 155mm howitzers, according to a Sept. 8 fact sheet from
the Pentagon. The US has also sent GMLRS, the munition for the HIMARS.”
The US defense industrial base has atrophied significantly since the end of the so-
called Global War on Terror and it will take years to replenish these stocks, even if
this Administration provides adequate funding.

The combination of wokeness and a lack of munitions should initiate immediate
hearings in the new Congress on what exactly the Biden Administration intends to
do besides ship even MORE American munitions to Ukraine, at American
taxpayers expense. No one wants to see Russian aggression rewarded, but
exactly how much risk to American interests is this Administration willing to take
to give the Ukrainians our munitions? This is a question that should be asked,
because the Chinese are watching.

Please STOP using the term “democratic” in describing the party known as the democrats. You are reporting – please use the correct context when defining a party versus an individual politician.
Thank You

YOU MEAN THE SHITBAG, MORALESS SCUM OF THE EARTH DEMONCRAPS

The core is becoming rotten and the country will fall from within with the democrats in power. History is not being remembered at all.