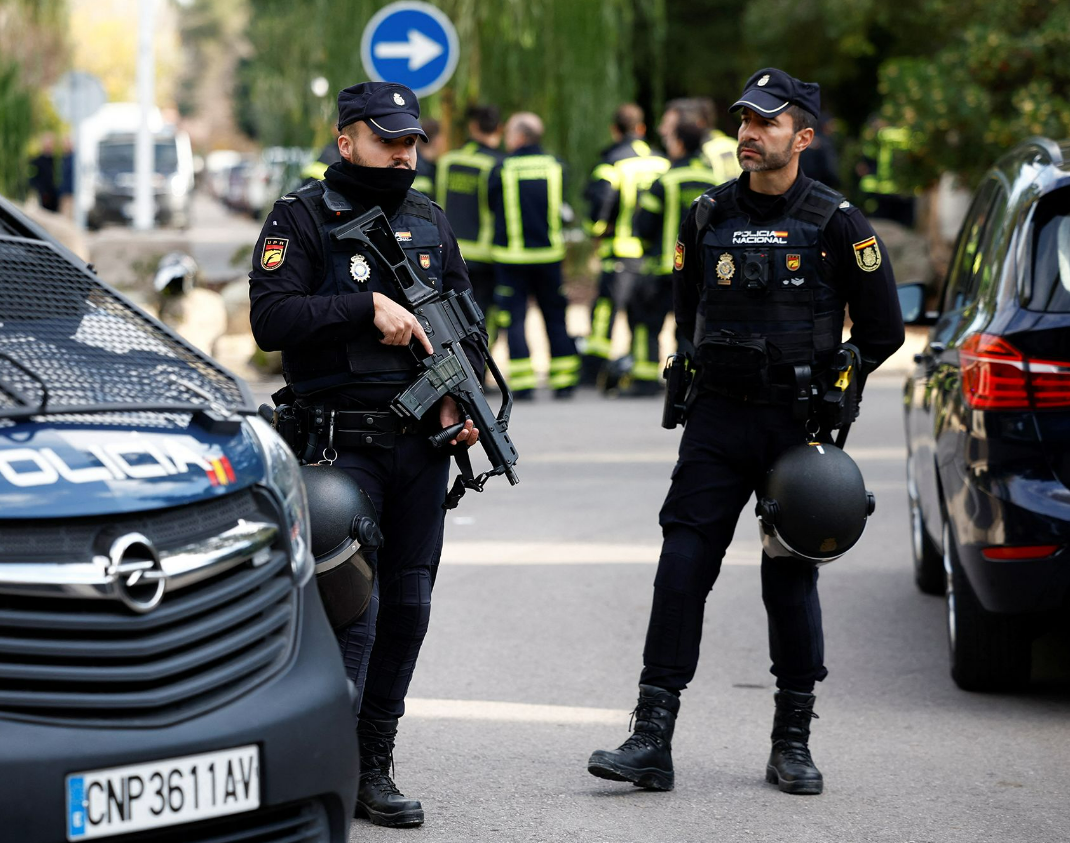 A letter bomb delivered to the Ukrainian Embassy in Madrid detonated and injured one person on Wednesday. The individual injured was a Ukrainian who was handling the letter and it was addressed to the country’s ambassador to Spain. A separate letter bomb, which was deactivated at a weapons manufacturer in northern Spain late Wednesday, had the same return address. “The return address on the envelope is an email that is the same” on both envelopes, Rosa Serrano, the top Spanish government official in the region.

Authorities suspect both letters came from Ukraine, and according to CNN:

Oleg Nikolenko, a spokesperson for Ukrainian Foreign Minister Dmytro Kuleba, said the life of the injured employee “is not at risk,” and descsribed the staffer’s position as “commandant.”

“Whoever is behind this explosion they will not succeed in intimidating Ukrainian diplomats or stopping their daily work to strengthen Ukraine and to counter Russian aggression,” Nikolenko quoted Kuleba as saying.