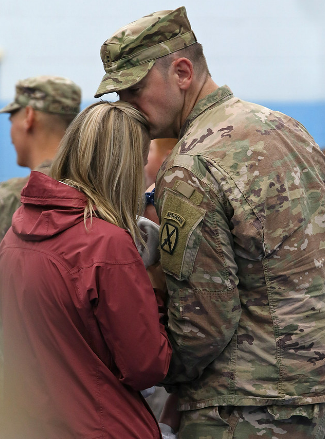 A letter authored by Reps. Chris Smith (NJ), Vicky Hartzler (MO), Steve Daines of (MT), and James Lankford of (OK) reminded the Pentagon that they may not use tax dollars for abortion travel for service members in the U.S. military.

On October 20, 2022, the Pentagon issued a memorandum stating that the Department of Defense would establish “travel and transportation allowances for Service members and their dependents … to facilitate official travel to access non covered reproductive health care that is unavailable within the local area of a Service member’s permanent duty station.” The pentagon originally issued this memo in response to the Roe v. Wade decision that took abortion out of federal hands and handed it back down to the states.

The letter states that funding travel for elective abortions for U.S. service members is outside of the scope of the law. The lawmakers issued ten questions within the letter that Secretary of Defense Lloyd Austin must answer by the end of the year.

American Defense News will continue to monitor the outcome of this letter. 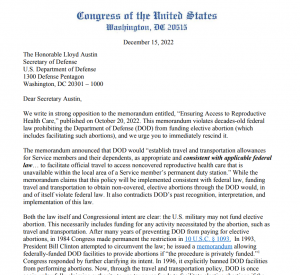 Abortion is morally repugnant and I am appalled that public funds would be made available to facilitate the practice.