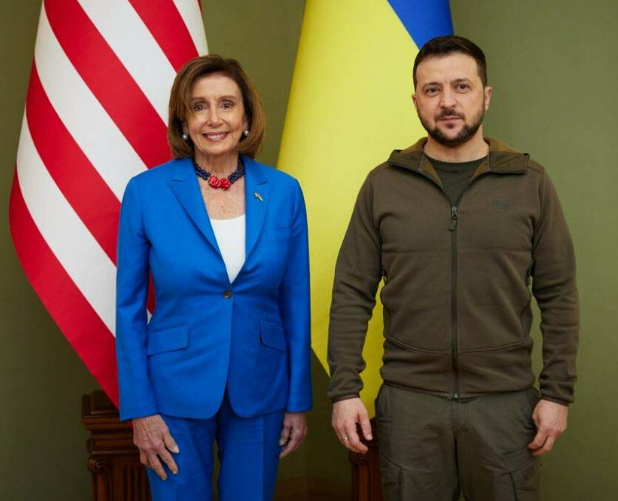 “The world is too interconnected and interdependent to allow someone to stay aside and at the same time to feel safe when such a battle continues.”

The Price Tag
U.S. Secretary of State Anthony Blinken earlier announced that the United States would send $1.85 billion in aid to Ukraine, including the Patriot air defense missile system.

Zelensky has asked many times for help from Western countries. Many GOP lawmakers are leery of providing a “blank check” to Ukraine, though they support the country.

Newsmax reports that the United States has sent about $50 billion in assistance to Kyiv as Europe’s biggest land conflict since World War Two drags on, killing tens of thousands of people, driving millions from their homes and reducing cities to ruins. If the aid is passed, the total wartime aid from the U.S. to Ukraine will be over $100 billion.

The Audit
A group of Republicans are calling on an audit of the aid provided to Ukraine with a hefty U.S. dollar price tag. This group is led by Rep. Marjorie Taylor Greene. She is leading a resolution calling for an audit of the more than $54 billion in military and economic assistance approved by Congress since the Russian invasion.

“The American people, the taxpayers of this country, deserve to know where their money is going and how it is being spent,” the Georgia Republican said last month. “We’re ignoring the dangers happening in our country while we are completely protecting another country’s border and waging a proxy war with Russia.”