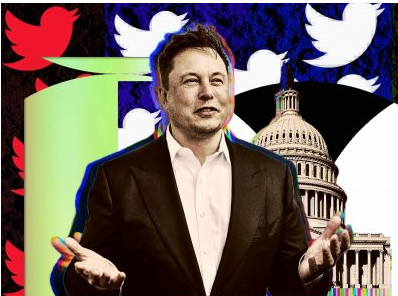 It comes as no surprise that if you used Twitter previous to Elon Musk becoming the CEO, you had to put up with the previous management’s opinions and corruption as well.

The Disinformation
When bogus claims surrounding “Russian disinformation” helping Trump win the presidential election in 2016, this conspiracy theory was expected to be taken as the truth immediately. The media made it out to be true and consistently attempted to connect dots that never added up.

In 2017 Russian disinformation theory may have been the largest piece to the hand-in-hand relationship that Democrats eventually gained with social media giants, such as Twitter, Meta, Reddit, and others. Following the 2016 presidential election, the wave of Trump support on social media was too big to ignore. Profile pictures of green frogs, trump edits, and other young right-wing accounts eventually became the funniest accounts on social media in the eyes of many, and their aggression gave them dominant wins over figures like CNN and MSNBC.

The Influence
As a result of social media’s influence in the 2016 presidential election along with the accusations of Russian bots having an influence on the election, Twitter would go on to create a task force to battle this alleged Russian disinformation campaign. Eventually, Twitter’s disinformation prevention team would make another appearance during COVID-19, and as the Twitter Files have already confirmed, Twitter would prevent the spread of not only unverified information but also CDC-verified information that was viewed as inconvenient.

4.The GEC flagged accounts as “Russian personas and proxies” based on criteria like, “Describing the Coronavirus as an engineered bioweapon,” blaming “research conducted at the Wuhan institute,” and “attributing the appearance of the virus to the CIA.” pic.twitter.com/a4xBotQZ2m

The Installments
The multiple installments of the Twitter Files so far have shown that Twitter has a political bias, and they not only used their methods of censorship against political candidates, but they also used these censorship methods against everyday Twitter users. Whether it was the 2017 Russian disinformation, 2020 COVID-19, or election fraud issues, Twitter colluded with the government to stifle free speech.