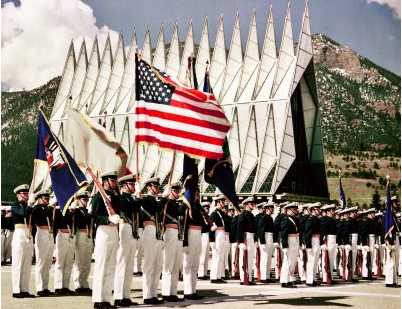 It’s the latest in a series of allegations the Biden administration is using the armed forces to push social and political agendas unrelated to national defense.

“Marxist critical race theory and its racial division have no place at the Air Force Academy, which is training the next generations of Air Force leadership,” said Judicial Watch President Tom Fitton. “And, per usual, the scandal is compounded by the cover-up of records about the propaganda program abusing Air Force cadets.”

Judicial Watch reports they filed the case in the U.S. District Court for the District of Columbia “after the Air Force Academy, a component of Department of Defense, failed to respond to an August 5, 2021, FOIA request for any and all PowerPoint presentations used for training and/or classroom instruction discussing critical race theory (CRT) and/or ‘white supremacy.’”

“Judicial Watch in July 2022 sued the U.S. Department of Defense for records related to the United States Naval Academy implementing critical race theory in the training of naval recruits,” they report.