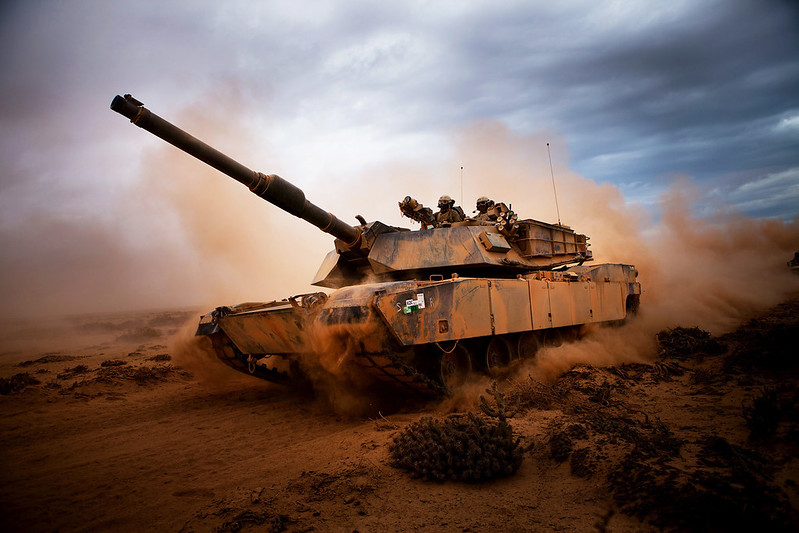 The U.S. military is known for providing intense and helpful aid in various regions of the world and acting as a beacon of hope. This is a reputation that precedes us. The United States doesn’t back down when it comes to providing aid to countries for the right reasons.

The Situation
Ukraine’s president praised the United States for providing aid in the form of tank-killing armored vehicles in the U.S. latest multi-billion dollar package of military aid. President Zelensky said that these armored vehicles are “exactly what is needed.”

The Cease Fire Pause
On Saturday, both Ukraine and Russia celebrated their Orthodox Christmas. There was supposed to be a cease fire pause in combat, but both countries remained deadlocked against each other.

The White House announcement Friday of $3.75 billion in weapons and other aid for Ukraine and its European backers came as Moscow said its troops are observing a short Orthodox Christmas cease-fire.

Ukrainian officials denounced the unilateral 36-hour pause as a ploy and said it appeared to have been ignored by some of Moscow’s forces pressing ahead with the nearly 11-month invasion. Ukrainian officials reported Russian shelling attacks in the Dnipropetrovsk and Zaporizhzhia regions on Saturday.

Russia’s Defense Ministry insisted Saturday that its forces along the 1,100-kilometer (684-mile) front line were observing the Kremlin-ordered truce, but returned fire when attacked.

The Military Package
Military Times reports:
The latest package of U.S. military assistance was the biggest to date for Ukraine. For the first time, it included 50 Bradley armored vehicles and 500 of the anti-tank missiles they can fire. Germany also announced it would supply around 40 Marder armored personnel carriers and France promised wheeled AMX-10 RC tank destroyers.
In his nightly televised address on Friday, Ukrainian President Volodymyr Zelenskyy hailed the U.S. aid package as “very powerful.”