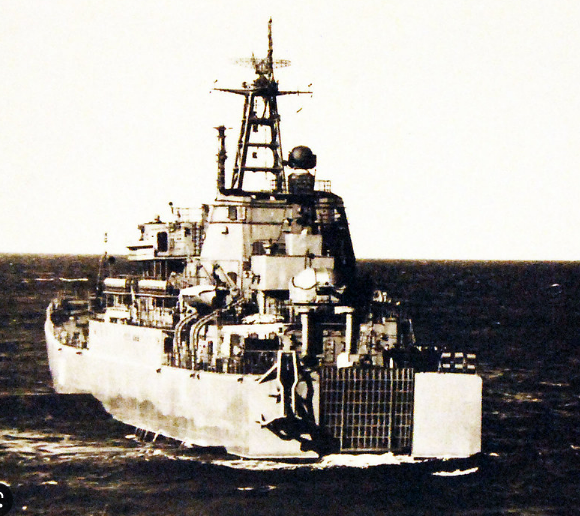 The Decline
Military Times reports the sharp decline in readiness. “From 2005 through 2009, nearly 14% of surface ships failed their inspections, up dramatically from 6.2% from 2000 to 2004 and 3.5% from 1995 to 1999. The crisis came after the Navy discontinued several of its Cold War-era organizations focused on maintenance and training in an effort to save money during a time without a significant threat to U.S. security.”

The Cold-War Era Readiness Squadrons
Admiral John Harvey once led the U.S. Fleet Forces Command. He called for a return of Cold-War era readiness squadrons to help face the steep decline of readiness. “The review found that when these squadrons were eliminated in 1995, so too was the fleet’s focus on and accountability for making deployable ships and crews.” In 2017, the Navy lost two more ships when there were two separate collisions of Navy ships in the Western Pacific that left 17 sailors dead, and ships unfit for combat.

The Future
Currently, the Commander of Naval Surface Forces Vice Admiral Roy Kitchener is overseeing has formed a task group to oversee the financial and logistical necessities to bring the surface ships back to full force. Kitchener said there are two key differences this time around: an advanced adversary in China that’s forcing the Navy to think about its near-term readiness to fight; and data analytics and modeling that prove the surface groups will be worth the investment.

The Cold-War Era – A Proven Model
Military Times reports the following interview from Retired Vice Adm. Rich Brown, who investigated one of the two fatal ship collisions in 2017.

“The existing structure asks destroyer squadrons to oversee the maintenance and certification of ships and serve as the sea combat commander for a carrier strike group. If the squadron needs a ship to fulfill a warfighting requirement, it creates a conflict of interest that can put maintenance and training needs at risk.

Brown said this construct ‘failed, and we recognized that it was failing, and so that’s why the Balisle Report said, and later I said, we’ve got to do this. And we just didn’t do it.’

He called the 1980s readiness squadrons ‘a proven model’ that restored the Navy from having a hollow fleet in the 1970s to having a robust surface force by the 1980s.

Brown said the model will work today as long as the Navy settles on a clear command-and-control structure and pays for the necessary billets for Kitchener’s beefed-up surface groups.

A future ‘high-end fight requires so much dedicated concentration and focus that we need these additional commands. They’re going to come at a cost — it’s going to come at a huge manpower cost, and the Navy’s got to buy that manpower because it’s the right thing to do for our carrier strike groups,’ Brown said.”