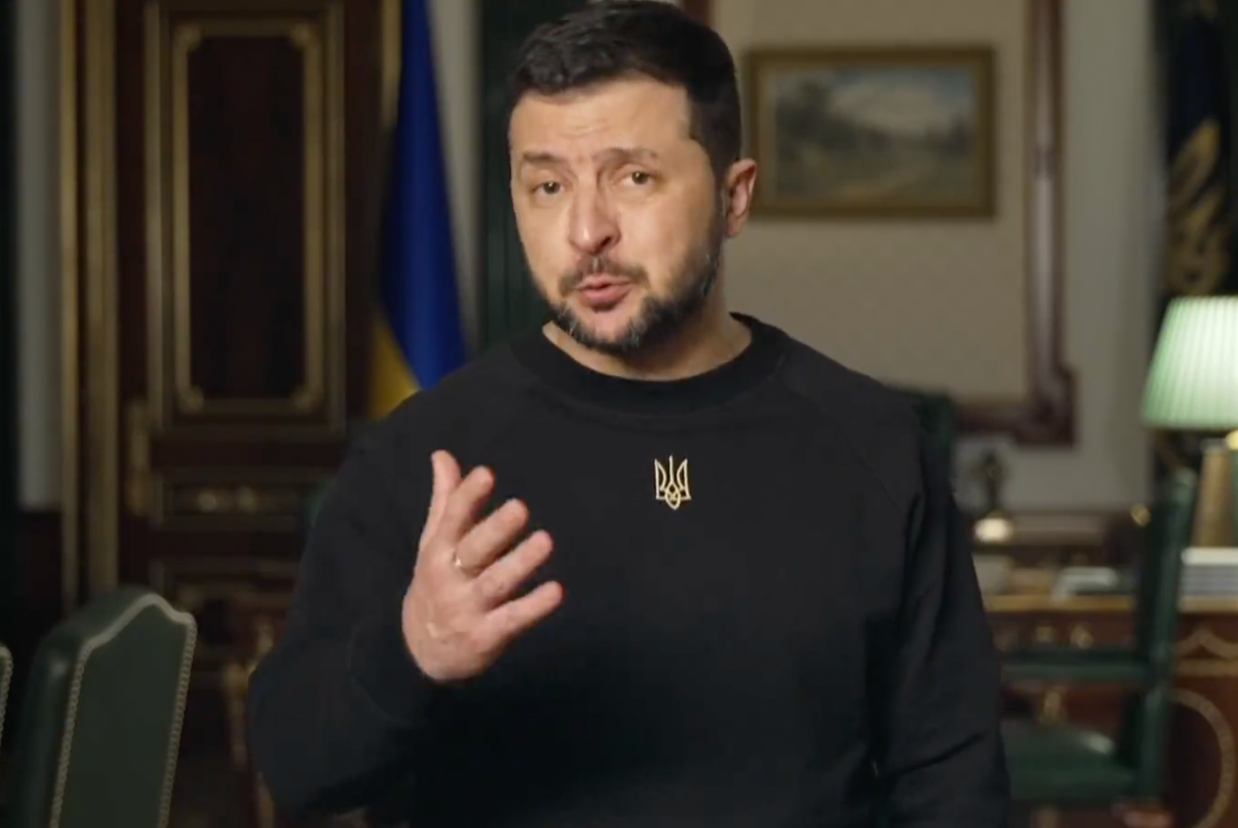 Ukrainian President Volodymyr Zelenskyy delivered a video message at the 80th Golden Globes on Tuesday where he promised that Ukraine win the war against Russia and prevent a third World War. Zelenskyy began his speech by harkening to the first Golden Globes which took place during latter stages of World War II, “The Second World War wasn’t over yet but the tide was turned – all knew who would win,” he stated. He said that it is currently a similar situation in their war with Russia and he believes “the tide is turning” in favor of the Ukrainians. Zelenskyy was introduced actor-director Sean Penn, who has met with him personally in Ukraine during the war and even gave Zelenskyy his Oscar award.

Even Zelenskyy freely admits that much of Ukraine’s recent military success is due to support of Western allies. In his speech he said that Ukraine and their democratic allies share a united fight for democracy, independence and “for the right to live, to love.”

New reports confirm that hundreds of Ukrainian soldiers are bound for Fort Still in Oklahoma, where the U.S. military will instruct them on how to use the Patriot missile defense system to help counter Russian missile attacks. This is just one of the many ways the United States military has provided support to Ukraine during the war. The U.S. has also sent billions of dollars in aid and provided the Ukrainians with massive amounts of weapons and ammunition, including javelin missile.

In one of the biggest victories in recent months, Russia withdrew from the southern city of Kherson which Zelenskyy hailed as “the beginning of the end of the war.” But some say the retreat is simply a shifting in the front lines.

Zelenskyy himself is a former actor so the connection to Sean Penn and the Golden Globes is natural. Penn has become somewhat of a global activist for democracy and preaches a message against authoritarianism.

In his introduction for Zelenskyy he stated:

“From the other-worldly courage of young Iranians rising up. To the ever-persevering women’s movement of Afghanistan. We are reminded, in no uncertain terms, that the freedom to dream is not simply a human luxury but rather a human need that must be fought and sacrificed for.”

“If the freedom to dream were a spear, I proudly present a human being who tonight represents that spear’s most honed tip,

Am very sorry for the poor in all the world, and in Ukraine and Russia; the whole turf war between crooked oligarchs, does nothing to benefit anyone BUT the crooked oligarchs! Both sides have issues and valid complaints, and neither side gains from the start of all this under Obama, along with NATO and the E.U.- BUT the crooked folks in our uni-party system, the cons and grifters running NATO and the E. U. And of course all the Globalist, Marxist, and Islamist elite tyrants! And all the criminal elements around the world! It is disgusting, the whole charade because real people suffer while these cretins reap wealth and power OVER a frickin’ turf war.