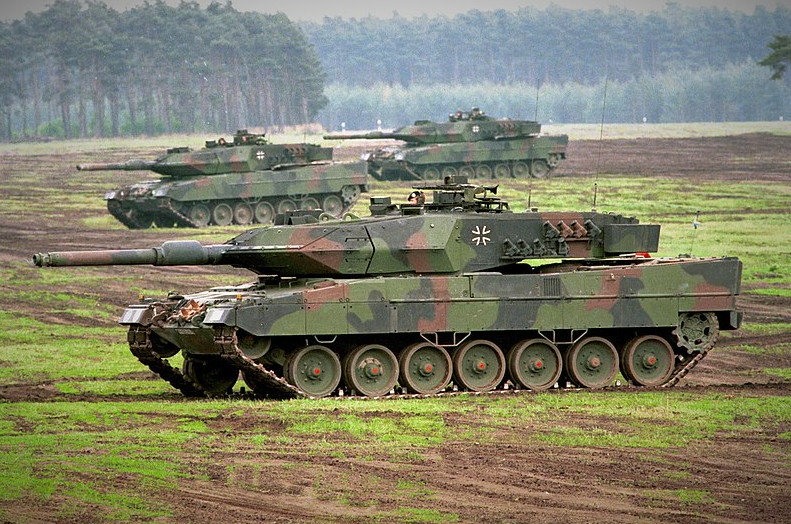 After many rounds negotiations, Poland is preparing to move forward with their plan to provide Ukraine with Leopard tanks “even if we did not get this approval.”

The Leopards are German made, and protocol states that the tank can not be sent to Ukraine unless the transfer is approved by Germany, which has not occurred. But now, Poland says they will seek to form a small coalition of nations who will send their Leopards to Ukraine and Berlin’s approval is of “secondary importance.” “We will ask for such permission, but this is an issue of secondary importance. Even if we did not get this approval…we would still transfer our tanks together with others to Ukraine,” Polish Prime Minister Morawiecki told reporters.

Latvia, Estonia, and Lithuania seem to be the likely coalition that will join Poland and send Leopard tanks to Ukraine.

In Russia, Vyacheslav Volodin, the speaker of Russia’s parliament, said that providing more weapons to Ukraine risks “global tragedy that would destroy” Western countries. “Supplies of offensive weapons to the Kyiv regime would lead to a global catastrophe. If Washington and NATO supply weapons that would be used for striking peaceful cities and making attempts to seize our territory as they threaten to do, it would trigger a retaliation with more powerful weapons,” said Volodin.

Kremlin spokesman Dmitry Peskov also stated that “All the countries that directly or indirectly take part in the pumping [of Ukraine] with weapons and in raising their technological level, are all responsible for it.”

“The debacle regarding sending tanks to Ukraine must end. It is impossible for Ukraine to expel Russia without tanks. I am hoping Germany and the United States will both send tanks ASAP – opening up other countries’ desire to help Ukraine. The tanks are outcome determinative in expelling Russia from Ukraine.”

Jews may get the world nuked is a real possibility when you take a look at what happened on12/21/22 that screamed got paid off from the FTX scandal . Yahoo yanked down a comment that was trying to point some of that out because agenda is more important that global nuclear war which is just plain suicidally stupid . Agendas being more important that the threat of global nuclear war when the doomsday clock is at 90 seconds to midnight is suicidally stupid and shows that the wrong people are in power in this country and the world .