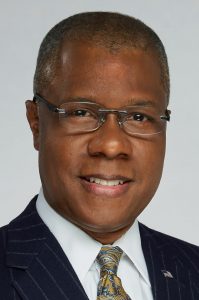 New York political commentor Deroy Murdock is a Fox News Contributor, a Contributing Editor with National Review Online, an emeritus Media Fellow with the Hoover Institution on War, Revolution and Peace at Stanford University; and a Senior Fellow with the Atlas Network, which supports and connects some 500 free-market think tanks in the USA and some 95 countries world-wide. Mr. Murdock’s weekly column — “This Opinion Just In…” — appears in the New York Post, the Dallas Morning News, the New Hampshire Union-Leader, and other newspapers across America. He has appeared on radio shows across America and presents commentaries on Fox News Radio’s podcast, The Rundown. He is a veteran of the 1980 and 1984 Reagan for President campaigns and Steve Forbes’ 2000 White House bid.

As a popular public speaker, he has lectured or debated at the Cato Institute, the Council on Foreign Relations; Harvard Medical School, the Heritage Foundation; the National Academy of Sciences; Dartmouth, Stanford, and Tulane universities; and various fora, from Bogotá to Buenos Aires to Budapest. He is a native of Los Angeles, a graduate of Georgetown University, and a resident of Manhattan, where he earned an MBA from New York University. His program included a semester of study at the Chinese University of Hong Kong. 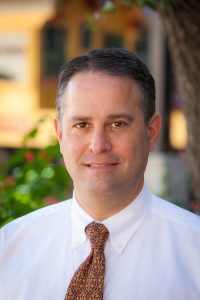 Jonathan Gurwitz is a graduate of the Edmund A. Walsh School of Foreign Service at Georgetown University in Washington, D.C. He obtained a Bachelor of Science in Foreign Service with a degree concentration in international relations, law, and organization. He is a member of Pi Sigma Alpha, the National Political Science Honor Society.

Mr. Gurwitz is vice president of KGBTexas Communications, the largest full-service communications agency in South Texas. Prior to joining KGBTexas, Mr. Gurwitz was a columnist and member of the Editorial Board of the San Antonio-Express-News. He served on the boards of directors of the Association of Opinion Journalists and the Association of Opinion Journalists Foundation and was the chairman of AOJ’s International Relations Committee. His weekly columns were distributed by the Hearst News Service and the New York Times News Service. He was also a contributor to the Wall Street Journal.

Mr. Gurwitz has served as a community volunteer and as a member of the boards of directors of numerous nonprofit organizations. He currently serves as chair of the Partners for Community Change Committee of the United Way of San Antonio and Bexar County, and is a member of the Executive Committee and Board of Trustees. He also serves on the USO San Antonio Advisory Board and is former board member of the Returning Heroes Home and the Military and Veteran Community Collaborative.